Hi there, everyone!  Just wanted to let you know that Guy & I are alive and well and thriving in Boquete, Panama.  A trip to the States in March (alas, never made it to CA this trip!) and dealing with a bad cold on our return has left me waaaaaaaay behind on blogging.

In an effort to catch up, I want to let you guys see a few things that we’ve visited since the beginning of the year.

Boquete has an annual event called La Feria de Las Flores y del Café (The Fair of Flowers and Coffee).  They work on getting the fairgrounds ready for several months.  My camera was off being repaired from a fall onto the sidewalk (oh yeah, not a happy moment!)  So I only got a couple pics with my cell phone.

La Feria was started in 1950 and held intermittently until the 1970s.  Following a devastating flood, it was decided to make the fair an annual event to celebrate the strength of the people during this difficult time.  Since then it has been held every year in January as a 10 day fair.

We, though, were not overly impressed with the fair.  For being a flower festival, the gardens were planted almost exclusively with marigolds.  The flowers that grow here wild as well as in gardens are so beautiful and exotic.  To have only marigolds on display was really disappointing.  There were a couple of coffee stands.  At one, Guy tried a coffee liqueur that was produced by one of the coffee fincas (farms).  Dozens of food stands were scattered throughout the fair.  But oddly enough, they all sold the exact same food.  BBQ chicken, 2 types of Panamanian chorizo grilled on sticks and fried plantains.

The biggest and most modern structures were the discoteques.  There were 2 very large ones.  Even though we lived a couple miles and up a mountain from the fairgrounds, we could hear the music like it was next door.  Till 4.  In the morning.  Every night.  Crazy.

Record crowds came to the Fair. Traffic was coming in constantly. I have no idea where these people were going to park. There aren’t any parking lots or garages anywhere and the town was already packed.

The orange building on the left is the main entrance to the fairgrounds.

Juan Carlos Navarro, a 2014 presidential candidate, had a march of sorts. You can see his supporters’ blue shirts emblazoned with “Navarro” everywhere. He’s probably in the mix somewhere.

Boquete is known for its rainbows. This time of year the bajareque occurs. Clouds from the Caribbean come over the mountains, resulting in a misty rain that, combined with bright sunlight, causes multiple rainbows all over the place.

The traffic into Bajo Boquete (the main town) was bumper to bumper outside our apartment building in Alto Boquete. Everyone from the building was outside watching as they’ve never seen this happen before. It NEVER gets this busy ever.

The Boquete Jazz & Blues Festival is during February.  It is a charitable, non-profit annual event begun by the local expats to support and promote musical education in the local schools.  One of the songs was sung by a young boy who had voice lessons because of the Festival.

The venue was in Valle Escondido, a beautiful golf community in Boquete.  It was an open air facility with grass and concrete seating.  They provided small seat cushions as well.  Food and drink were available for purchase.

The Festival is a week-long event, with a parade, mini concerts throughout the town, an art exhibit and a lot more.  We were only able to attend one day.  And it did not disappoint.

We heard 4 different groups and each had a very different and unique sound.  There were 3 Panamanian groups: Sin Ensemble Jazz, Idania Dowman & The Emotions and Rigoberto Coba Big Band.  One American, Chris Thomas King, performed.

It was a beautiful day with gorgeous weather, good food and wonderful music!  If we are still here next year, we’ll definitely be going again.

The setting is gorgeous

I would love to be at the house across there, listening from the balcony

This is one of the kids who received a scholarship from the funds raised at this annual event.

…and leading a dance line

We went to Coronado, Panamá, to see my friend, Maudy.  She’s a great photographer.  Check out her Facebook page.  For the trip we rented a car from Cowboy Dave again.  Coronado is about 6 hours away so we decided to make it a mini-trip.  Maudy suggested a bed and breakfast, Morgan’s Paradise.  It’s a large home that’s been converted to a B&B.  What a beautiful place!  The room was very comfortable with an ensuite bath.  There was also an air conditioner in the room, which is absolutely necessary.  Coronado is on the coast at sea level and is very hot and humid.  We were going to do some sightseeing.  But we were so tired and the backyard was such a paradise, we ended up just relaxing with our fellow B&Bers and new Canadian friends, Moe & Brenda.

Moe & I chatting by the pool. The bohio, the structure with the thatched roof, is HUGE with a bbq, table, couches, bathroom and cooking area.

The back of the house. Just on the other side of the ferns is the patio where we enjoyed al fresco breakfasts every day.

In March we took a trip that was instigated by a wedding.  Our niece and brand new nephew, Alicia and Chris, got married in Las Vegas.  It was, as these things go, a mini family reunion.  And Vegas is always good times and good food :).

Our niece, Alicia, and her new husband, Chris. Congratulations!

Chris and Alicia…and Ryder makes 3. Lexie, who I didn’t get a pic of, rounds out the family of 4 🙂

Since the greatest cost for us is flying back into the States, we extended the trip to include visits in 2 other states to visit more family.  After Vegas we headed to Bedford, PA, to see Grandma Lorie, Aunt Cindy & Uncle Dick, Uncle Don & Aunt Eileen and Aunt Dee.  We had a great time, even though it was still snowing and freezing.  The trees, though leafless and brown, created beautiful landscapes against the hills, homes and sky.

Wait…I thought I was in Pennsylvania!

The Pennsylvania farming countryside is beautiful

Can you tell I love farms 😉

Bedford sits on Highway 30. Highway 30 is part of the Lincoln Highway, which is the first transcontinental highway and is in the National Register of Historic Places.  It extends from New York to San Francisco.  Interested in more info?  Check it out here.  All along the highway are various historical markers and places.  We drove along for only a few miles right around Bedford.

The Coffee Pot was an early auto era novelty building.

These concrete markers can be found along Highway 30.

Across from the marker is this gas pump, Five Dollar Bill.

The Igloo ice cream stand, made to look like a scoop of ice cream, is still operational.

This quarter is at the entrance to a golf course.

This is a modern gas station/restaurant named Gateway Travel Plaza. It was originally built in 1940. There is a collection of military patches. The original owners would often trade a meal or gas for patches.

While in Pennsylvania we got to see the United Flight 93 Memorial.  It was sooooo cold that I basically ran around snapping photos as fast as I could before my fingers got frostbite.  Although construction isn’t finished, it was a nice though rather sobering place.  The beautiful farm countryside around it made for a very stark contrast to what happened there.

The map of Memorial Plaza

The impact point is right near this rock

This shot is just to the right of the previous picture of the rock. See the home just inside the tree line? What a shocking morning for the people living there.

At the end of the walk is The Wall of Names. It’s an accordion-like structure made of marble. Each panel has engraved on it one of the names of the people from Flight 93.

This is the current visitor center. I am about half way between there and The Wall of Names.

This walk is pretty long. I am at The Wall of Names looking back at the Visitor Center.

If you are ever in Pittsburgh, you’ve got to try Primanti Bros.  It’s a sports bar with awesome sandwiches.  We ate at the one near the airport, but I believe they have one downtown as well.

Cover of the menu. This is the sandwich that made Primanti Bros “almost famous.”

We split a HUGE sandwich and some chicken wings. All very yummy!

From PA we flew into Houston to visit our old stomping grounds in Conroe, TX.  We stayed  at our old “home” with Ray and NeeCee.  While there we visited the Prison Museum in Huntsville near The Walls Prison Facility.  The museum though not large was well laid out and had some really interesting displays.  There we met Jim Willett, former warden at The Walls unit.  Great guy who had also written a book about his 30+ years of experience within the Texas Prison department.  Ray got the book for Guy and Jim was kind enough to sign it for him.

Prisoner made games including…

…this chess set made from soap

Took some anger to do this to these cuffs

Huntsville had a rodeo once in which the inmates competed.

The Bat. Not a pleasant looking instrument.

A diorama of the prison. In the center back you can see the stadium where the rodeo was held.

At the Huntsville Prison. After I took this shot, a guard came out and sternly asked us to cross the street. Apparently photos are not allowed.

The Huntsville location is nicknamed the “Walls” unit. The walls of this prison are rather intimidating.

Finally we flew back into Panama.  We stayed a few nights in the City to enjoy some rest and relaxation in the tropical warmth.  I finally thawed out after our Stateside visit.  This time we stayed at the Hotel Riu.  The Riu is a beautiful hotel with a great pool area.  The food was decent, though I think I liked the variety of the restaurants at the Hard Rock Hotel better.

Picture from one end of the pool…

…and from the other side in the restaurant.

One of our friendly bar tenders and my chocolate martini.

When we made it home to Boquete, we both came down with a nasty cold.  My symptoms and fatigue lasted about 3 weeks.  In the middle of that we moved.  In my next post I’ll show you some pictures and describe where we live and our cost of living in our new place.

And I will try not to make it months until my next post :)!

Cape Horn Cruise17 December, 2016
This is a bucket list trip for us. Lots to see and blog about :)
Follow 2suitcasesandaguy on WordPress.com

I love my friends!

What People Are Saying…

Caribbean Contact Me :) Panama Prepping for the Move Touring the States Uncategorized Venturing Out 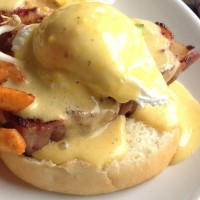 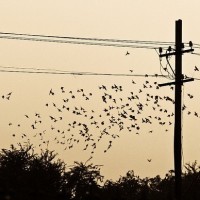 On a Path of Obedience to God

Blog about our adventures as world travelers and expats living in Colombia.

...when your mom has Alzheimer's

nomadruss in words and photos

Letters to family and friends on our travels

the whirly girl
Foodie With Family

Life at the intersection of food, family, philosophy, frugality and fun!